Looking for the best keyboard to complete your work-from-home or gaming PC setup? Look no further than this article. We have done all the hard work for you so that you can have a look at the list of the best wired and wireless keyboards that are available in India. Whether you want an affordable keyboard or a fancy high-end keyboard with all the bells and whistles, we got it all in this article. We have listed the best keyboards for gaming as well as office work and productivity.

While there are hundreds of affordable wired keyboards in India, only a few of them are from reputed brands and have good build quality. If you want to buy an affordable yet good quality wired keyboard for basic tasks like browsing the web, creating documents, and office work, you should look out for an easy-to-use design, a full-sized keyboard layout with all the necessary keys, and a dedicated number pad. The presence of media keys is an added advantage. 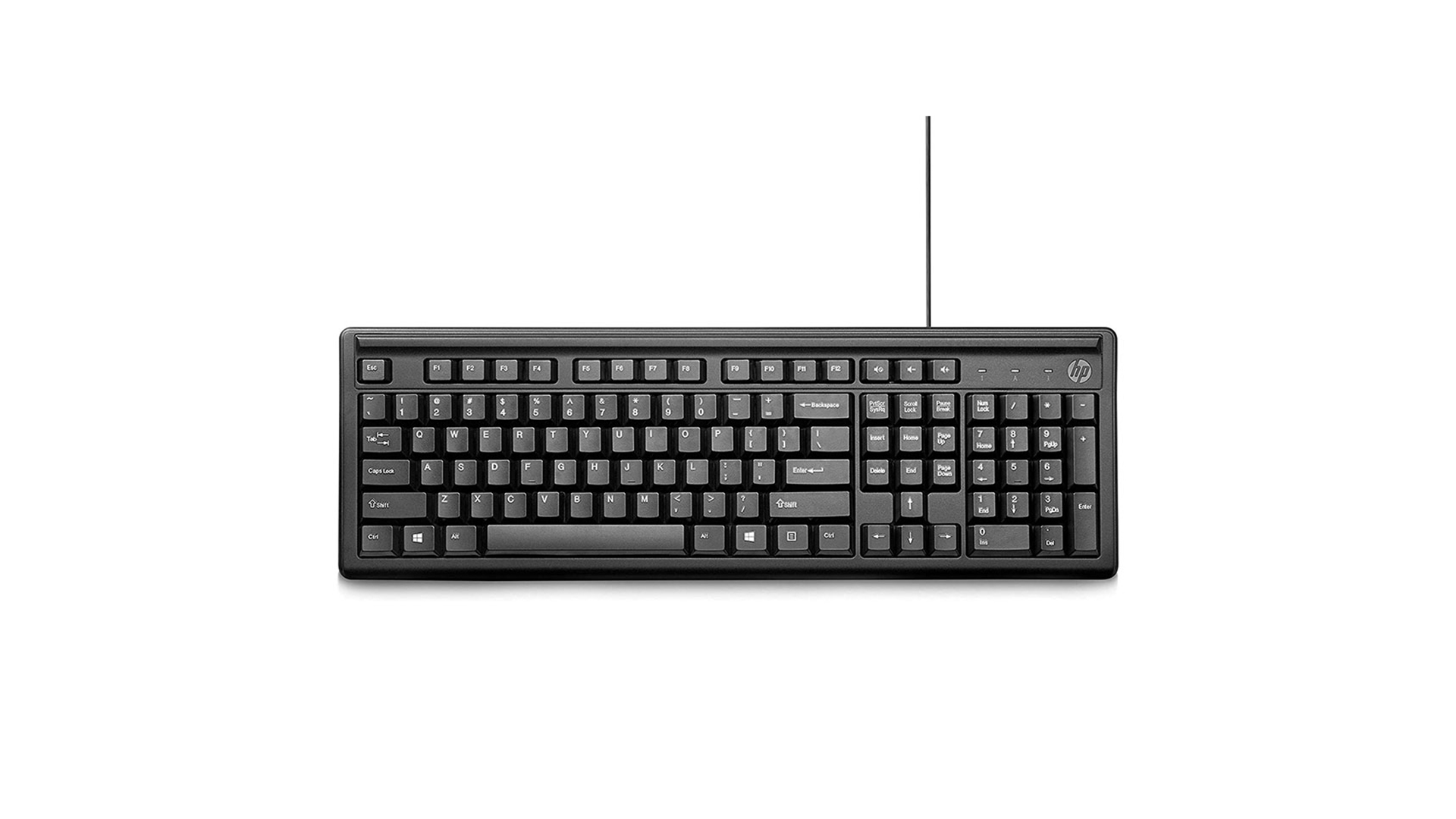 The HP 100 is among the best affordable keyboards available in India. It has a full-sized layout without any weirdly-sized keys. Every key is laid out as it should be. Apart from 12 function keys, a separate area for arrow keys, and a number pad, the HP 100 also features three volume control keys. It lacks any kind of backlight, but you can’t expect that feature for just ₹599. The keyboard has quality construction and thousands of people have rated it 4.5/5. It lacks a wrist rest, though. 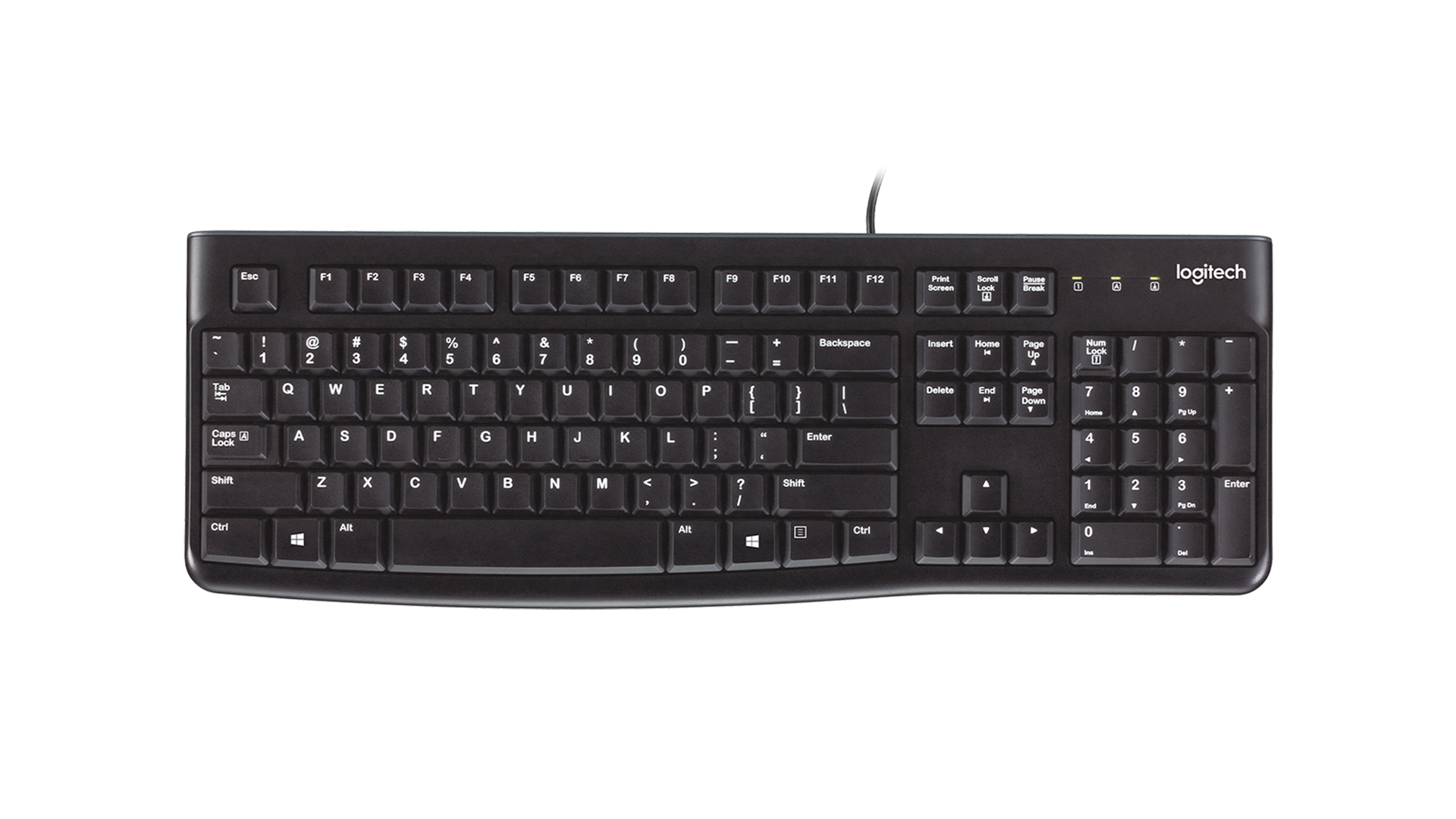 The Logitech K120 is quite similar to the HP 100 in terms of features and build quality. However, it has a slightly more ergonomic design and a roomier key layout in comparison. It has 12 function keys, a separate area for arrow keys, and a number pad as well, but it misses out on dedicated media or volume control keys. It’s basically a toss-up between this and the HP 100. Any keyboard you go with, you would mostly end up satisfied by its performance, especially for the asking price. One nitpick is that it lacks a wrist rest of any kind. 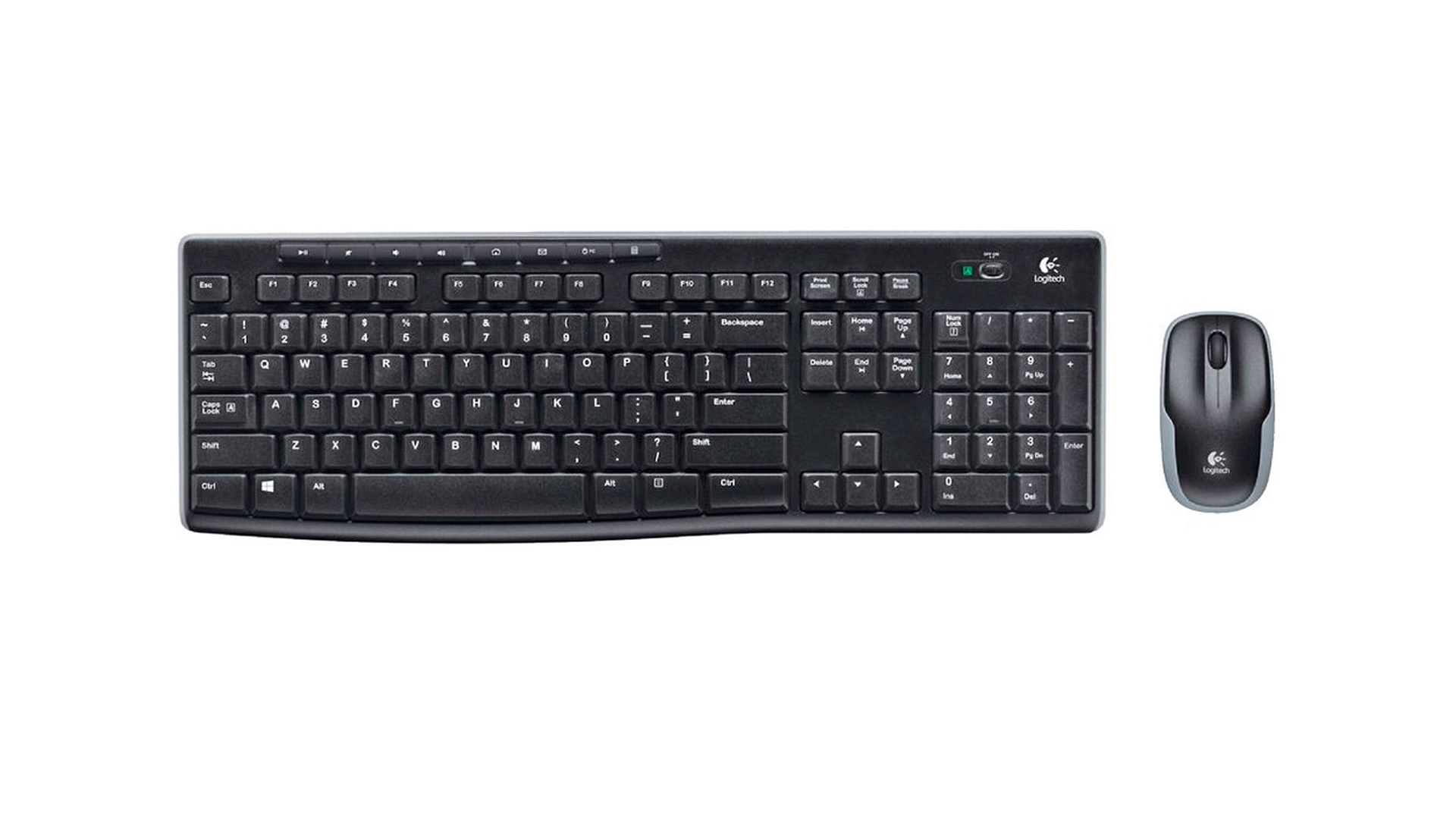 The Logitech MK270R is the cheapest wireless mouse that anyone should buy. It has a full-sized keyboard layout and it uses 2.4GHz RF (radio frequency) wireless interface for connectivity. It even comes with an ambidextrous mouse as a bonus. The keyboards build quality is very good for the price. It has all the keys that you expect on a full-sized keyboard, including all the action keys, function keys, arrow keys, a number pad, and tops all that up with 8 media and shortcut keys. It uses a AAA battery that lasts up to 3 years, while the mouse uses a AA battery that lasts a whole year. There’s really nothing to complain about. 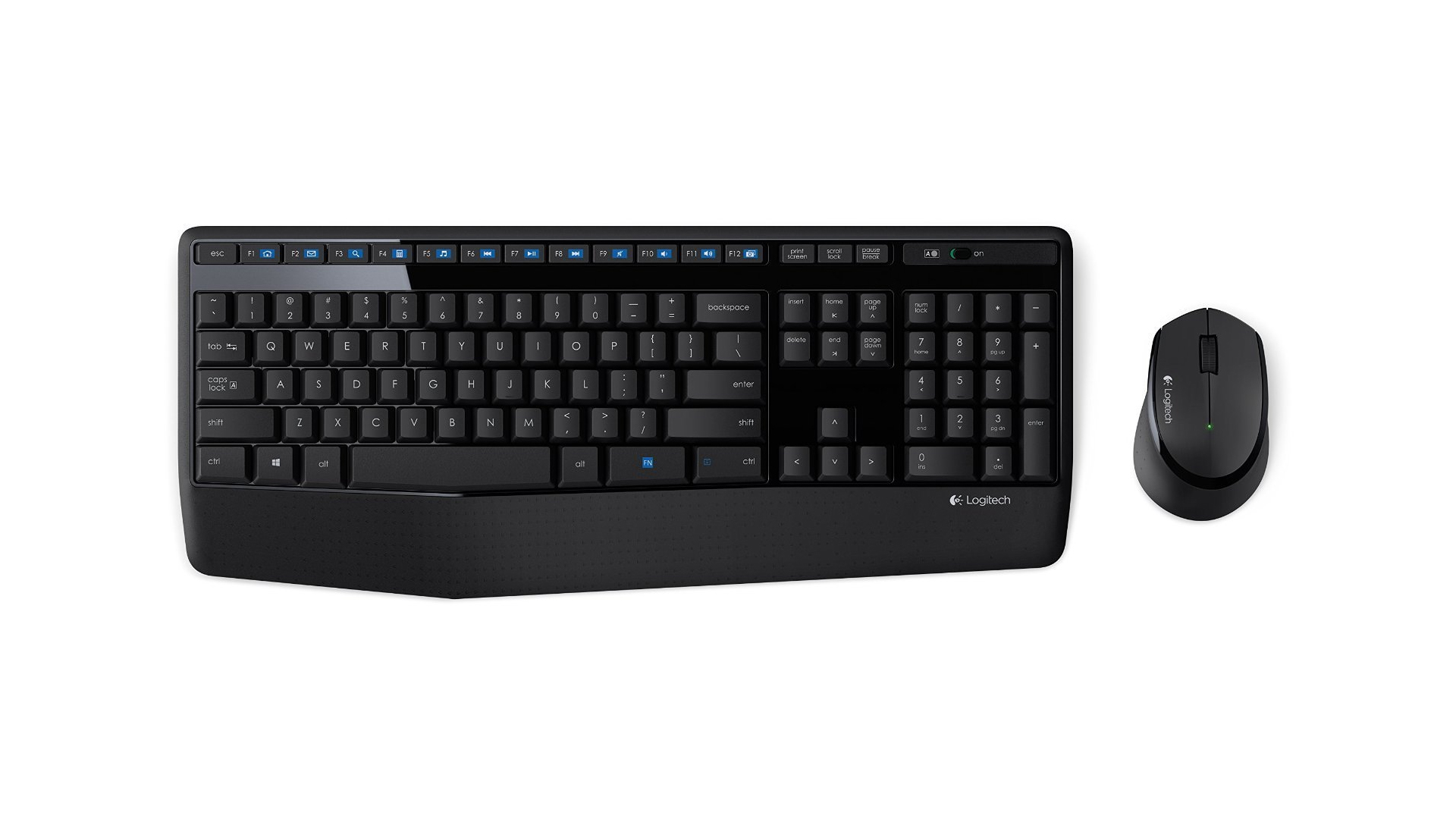 If you want a more ergonomically designed keyboard and mouse than the Logitech MK270R, you should have a look at the Logitech MK345. It has a more curvy and ergonomic design, and there’s a plastic wrist rest below the keys for added comfort. It has all the alphabet, number, symbol, and action keys along with function keys that can double up as media and volume control keys. There is a dedicated number pad and arrow keys. The bundled mouse has an ergonomic design, too. Similar to the Logitech MK270R, the Logitech MK345 keyboard lasts 36 months on a single AAA battery, but the bundled mouse lasts 18 months on a single AA battery, which is 6 months longer than the mouse that comes with the MK270R. 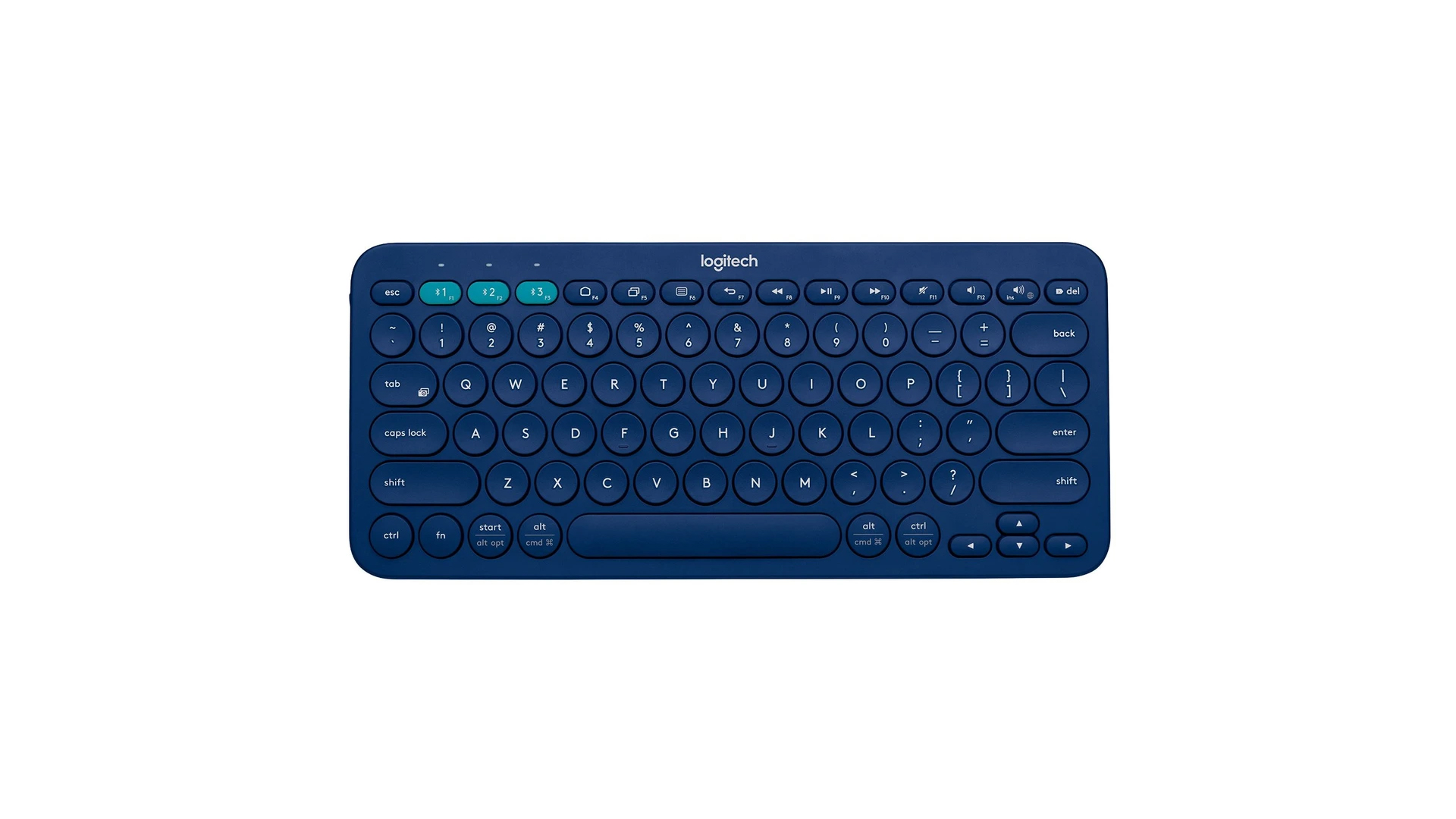 If you want a compact wireless keyboard that you can pack in your bag, the Logitech K380 is the cheapest option that you should go with. It not only features a compact design, but it also comes with Bluetooth connectivity. It can even connect with three different devices and is compatible with Android, iOS, macOS, and Windows. It comes in various attractive colours, too. It has circular-shaped keys that work well and the function keys double up as volume and media controls, OS navigation shortcuts. It lasts 2 years on a pair of AAA batteries and it is compatible with Logitech’s Options software for key customisation. 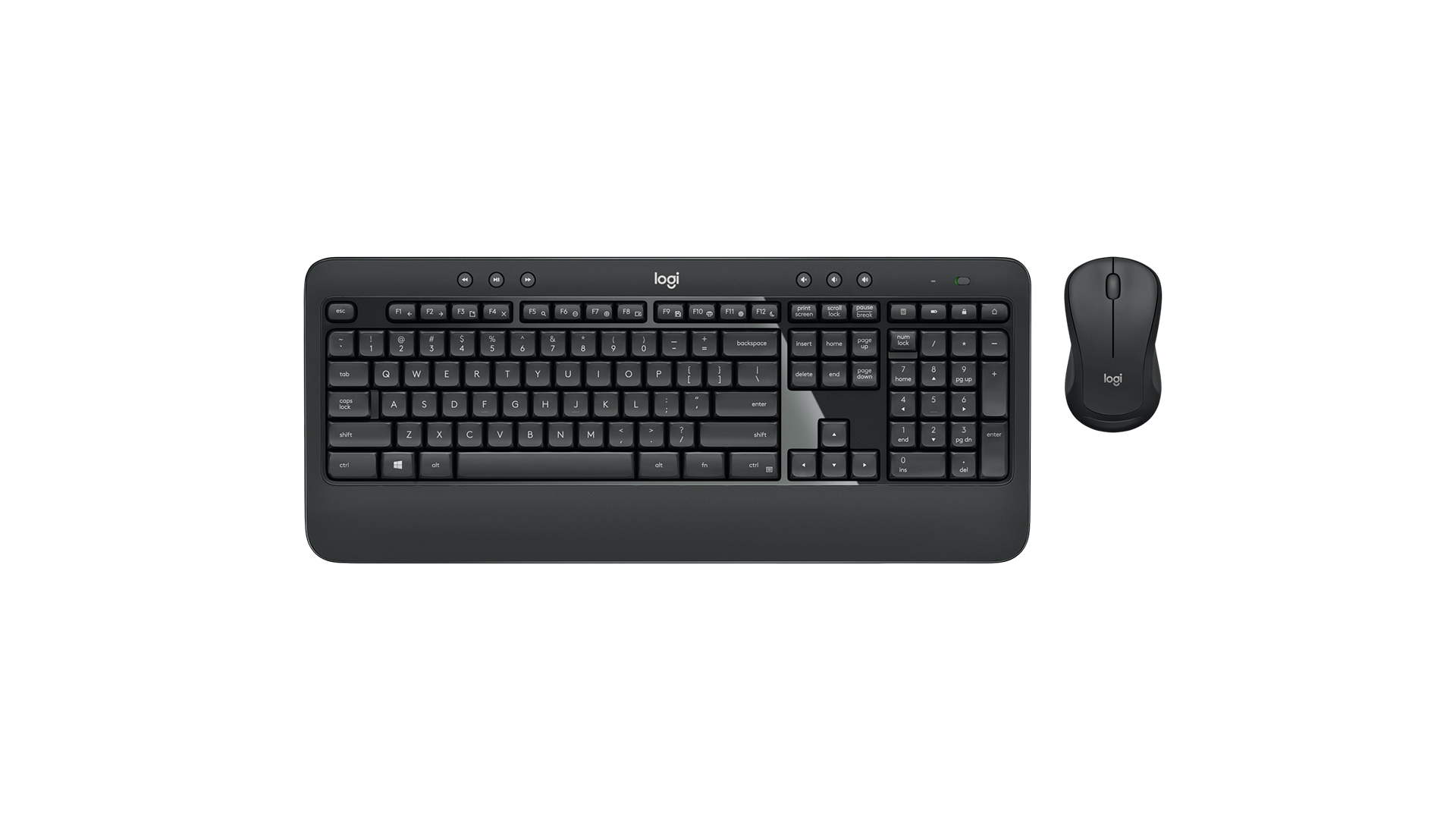 If you want a keyboard and mouse combo that is similar to the Logitech MK270R or the MK345, but with better comfort and build quality, the Logitech MK540 is a good choice. It has similar layouts to the two other wireless keyboards mentioned here, but its build quality and key layout are better. There are alphabet, numbers, symbols, action keys, media and volume controls, a number pad, and arrow keys. It has height adjustment, too. 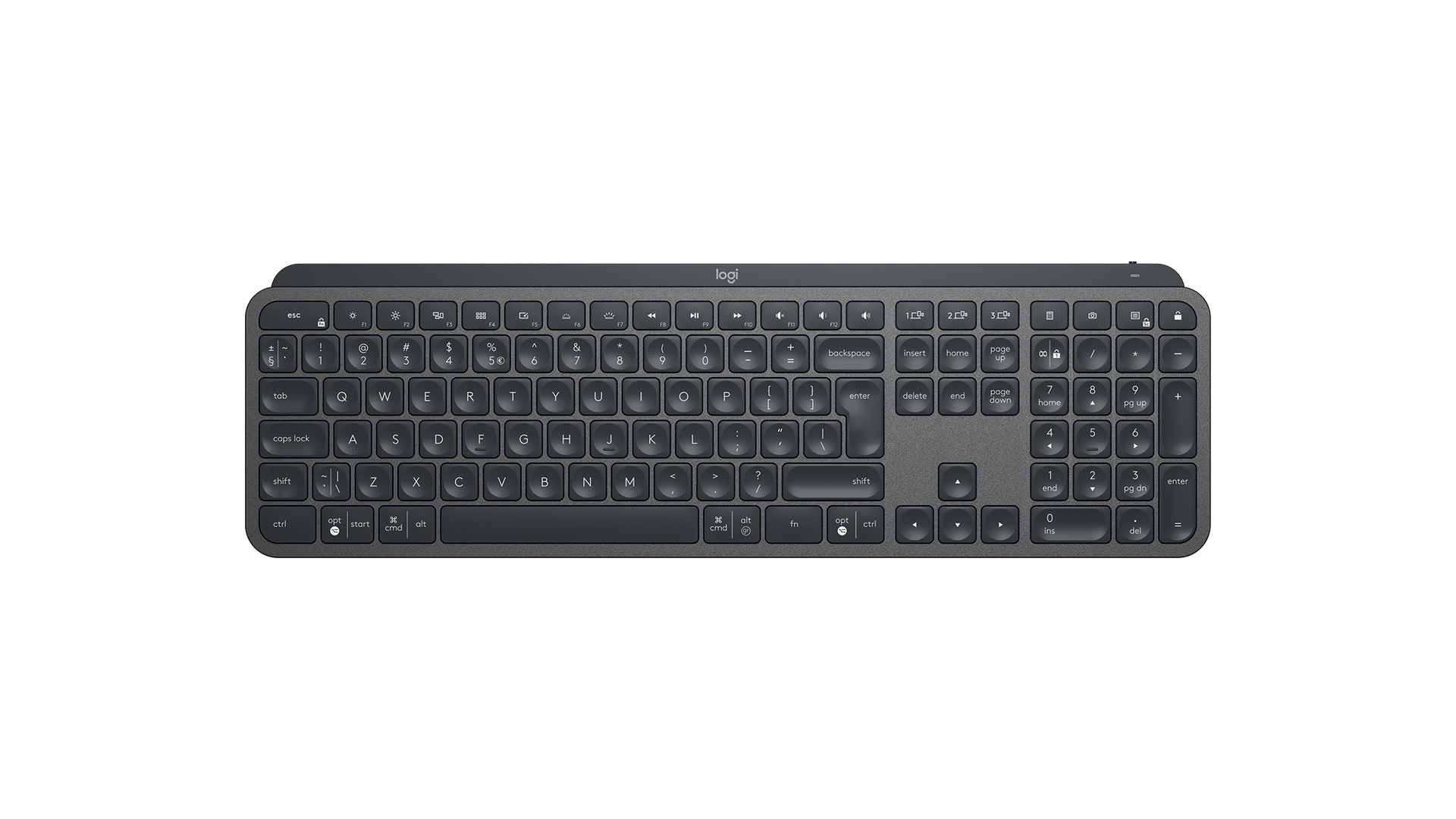 If you want a high-quality wireless keyboard that features backlighting so that you can type in the dark, the only good choice in India is Logitech MX Keys. It has a full-sized layout with all the alphabet keys, numbers row, a number pad, function keys that double up as media and shortcut keys, a number pad, and arrow keys. It works equally well with Android, iOS, macOS, and Windows. It has a USB Type-C port, and it works 10 days on a full charge with the backlighting turned on. With the backlighting turned off, it can last for up to 5 months. It has an excellent build quality and key layout. 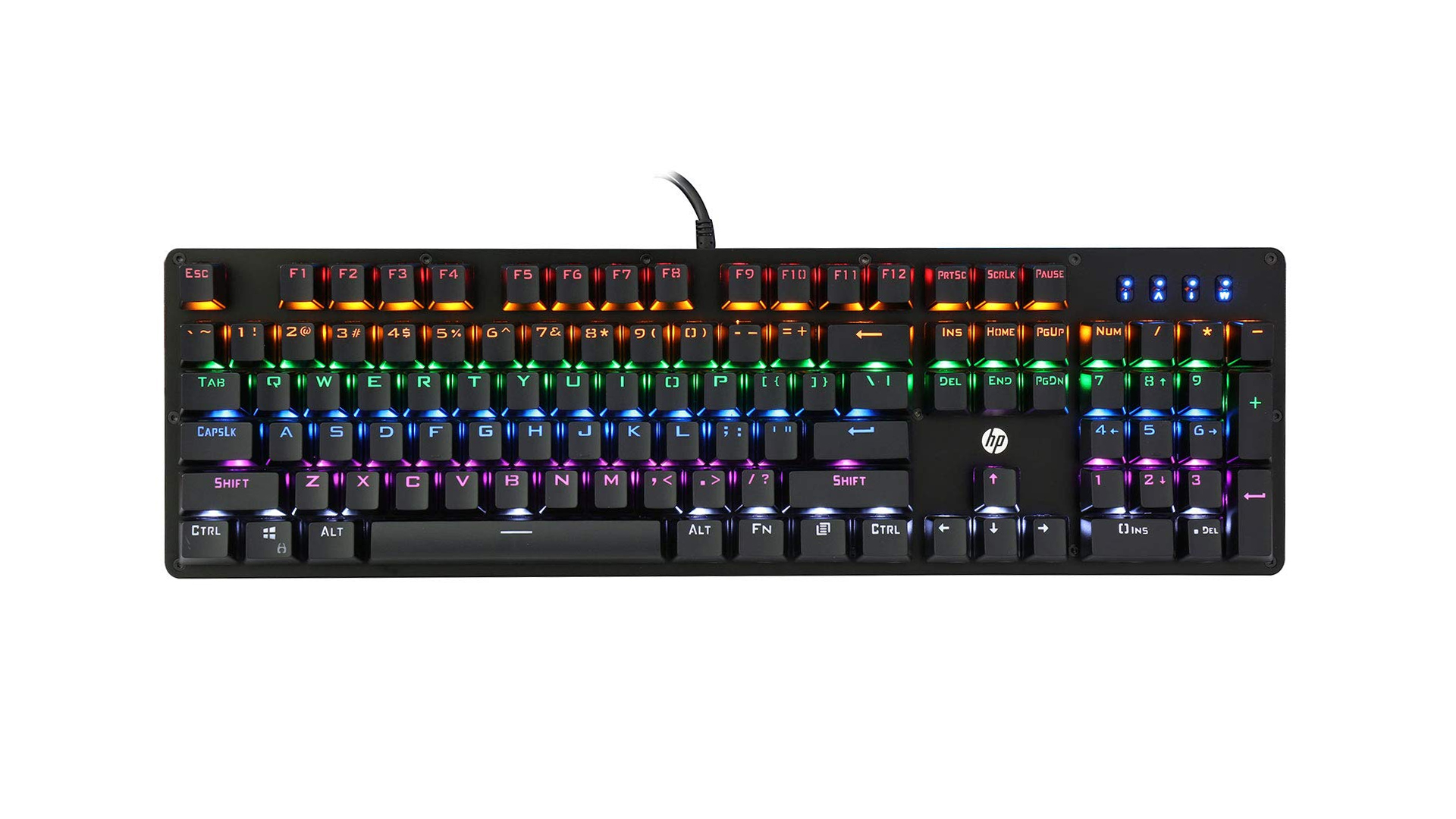 HP’s GK100 gaming keyboard is excellent for the price. It has true mechanical Cherry MX Blue equivalent switches with a rated lifetime of 50 million keystrokes, RGB backlighting for every row, a full-sized keyboard layout, and a gold-plated USB port. Its base is made using a metal plate, which means it is quite sturdy. It has matte ABS keycaps with double-shot injection, which means the legends don’t fade away. It has N-key rollover and backlighting effects as well. Moreover, it can double up as an office keyboard as well, thanks to an understated design. 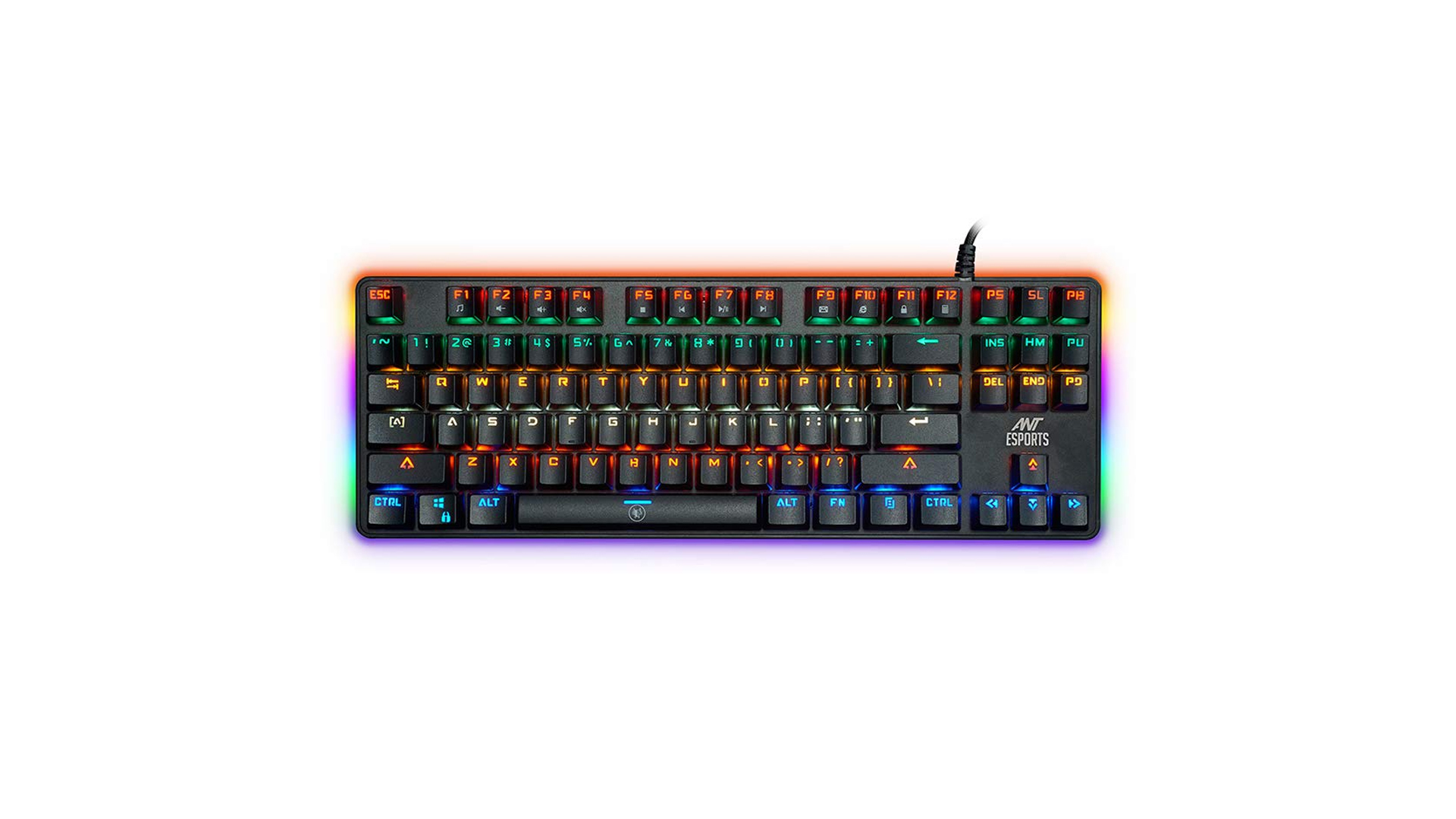 Yes, you can get a decent mechanical gaming keyboard for as low as ₹2,150 in India. The Ant Esports MK1000 is a tenkeyless keyboard with Outemu Blue switches for clicky and tactile feedback. It has a plastic chassis and double-shot moulded ABS keycaps, so it won’t be as tough and stable as some mid-range and high-end gaming keyboards, but it will get the job done. It even features RGB lighting for each row (not per-key RGB) and nine lighting effects. There’s nothing really to hate about this keyboard at this price. If you can get past its gamer-ish fonts, it can even be used as a decent keyboard for productivity and office work. 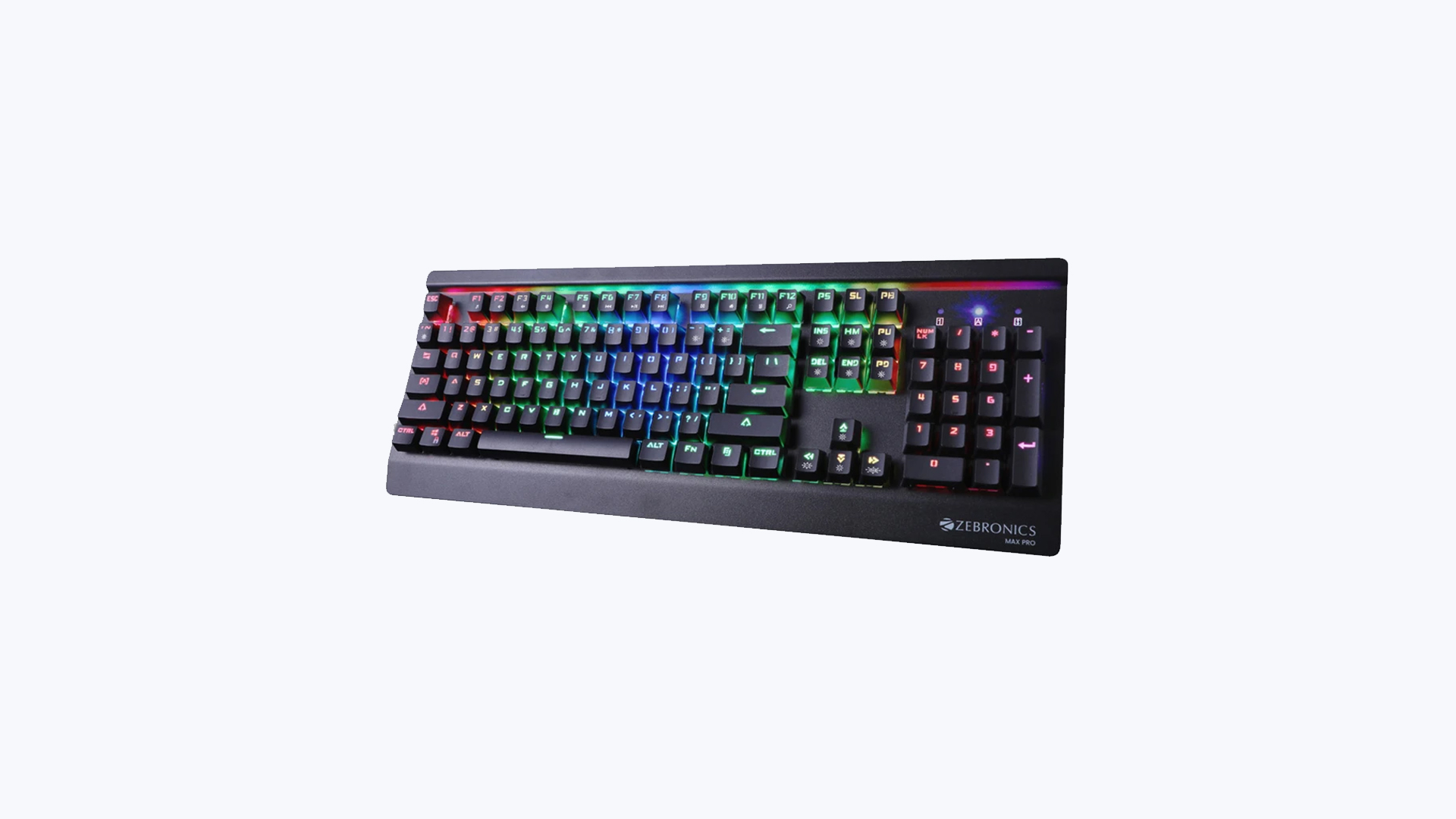 The Zebronics Max Pro is a gem of a keyboard at this price. It features not only good build quality but also high-quality switches. It uses Outemu Blue Boxed switches, which offers improved stability compared to Cherry MX Blue (or its equivalent) switches. Although it features RGB lighting, Zebronics has refrained from using obviously gamer-ish fonts for key legends, which means that it can double up as a do-it-all keyboard and can be used in an office or work-from-home setup for productivity. It lacks a wrist rest, though, and at this price, I expected it to have one. Best Monitors under 80000Rs in India